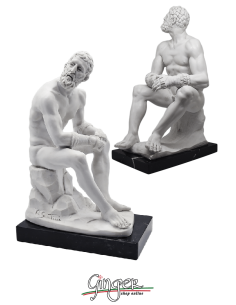 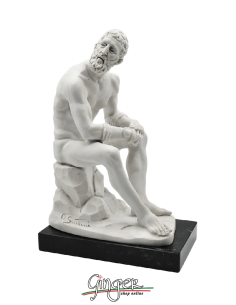 220990
€69.67
The Boxer at Rest, also known as the Terme Boxer or Boxer of the Quirinal.  The so-called Pugile delle terme or Pugile del Quirinale is a splendid Greek original discovered in Rome, on the slopes of the Quirinale, during the excavations of 1885. It probably came from the Baths of Constantine and this explains both the names by which it is still known...