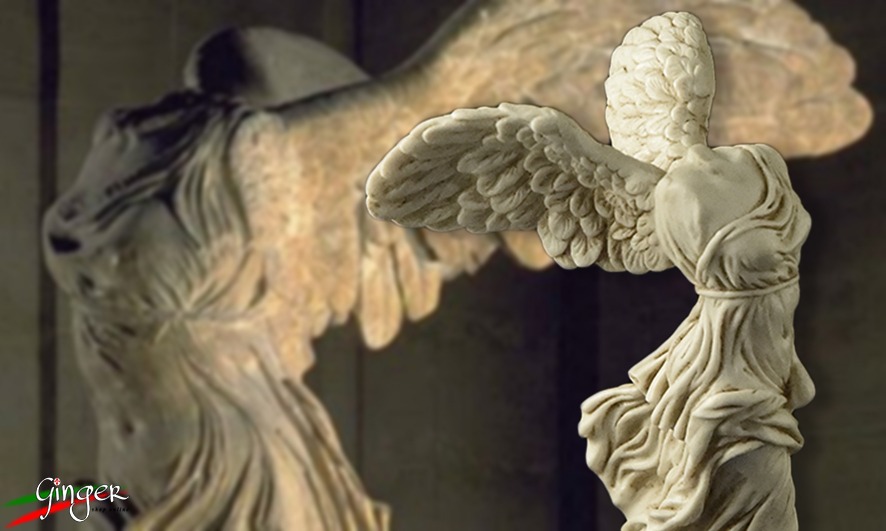 The Winged Victory of Samothrace, also called the Nike of Samothrace, is a marble Hellenistic statue of Nike (the Greek goddess of victory), that was created circa the 2nd-century BC. Since 1884, it has been prominently displayed at the Louvre and is one of the most celebrated sculptures in the world. H.W. Janson described it as "the greatest masterpiece of Hellenistic sculpture", and it is one of a small number of major Hellenistic statues surviving in the original, rather than Roman copies.

The Winged Victory of Samothrace, discovered in 1863, is conventionally thought to have been made to celebrate a naval victory in 190 BC. However, there are objections to this dating, and alternative victories ranging from the Battle of Salamis in 306 BC to the Battle of Actium in 31 BC have been proposed as the event being celebrated. Datings based on stylistic evaluation have been equally variable, ranging across the same three centuries, but perhaps tending to an earlier date.

It is 8 feet (2.44 metres) high. It was created not only to honor the goddess, Nike, but also to honor a sea battle. It conveys a sense of action and triumph as well as portraying artful flowing drapery, as though the goddess were descending to alight upon the prow of a ship.

On Gingershoponline, you can find the copy of the famous statue. Made with agglomerate of marble powder and resina, glazed by hand, it's entirely handicraft in Italy.