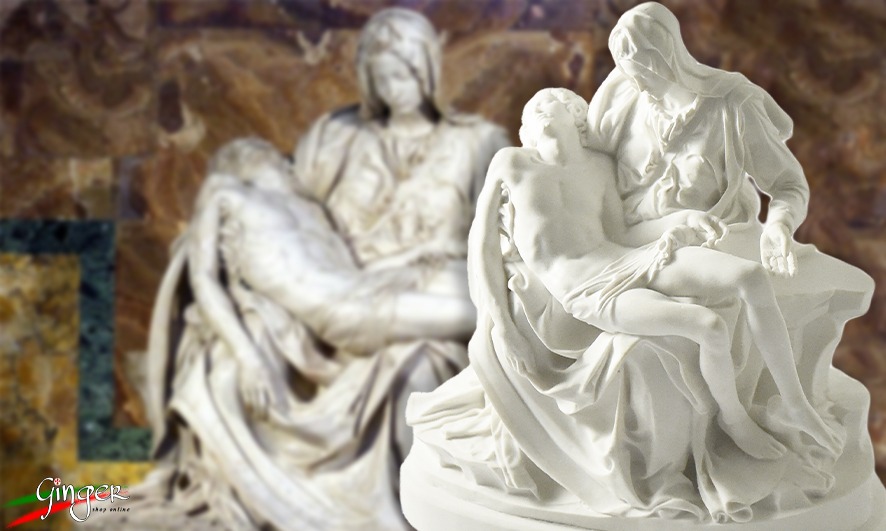 The Pietà (1498–1499) is a work of Renaissance sculptured by Michelangelo Buonarroti, housed in St. Peter's Basilica, Vatican City. The statue was commissioned for the French Cardinal Jean de Bilhères, who was a representative in Rome. The sculpture (height 174 cm, width 195 cm, depth 69 cm), in Carrara marble, was made for the cardinal's funeral monument, but was moved to its current location, the first chapel on the right as one enters the basilica, in the 18th century. It is the only piece Michelangelo ever signed. This famous work of art depicts the body of Jesus on the lap of his mother Mary after the Crucifixion. On sale on Gingershoponline this artistic re-production statue is a copia of mould earthenware clay sculpture and it was made possible through the use of laser detection technology and computer data 3D and produced by Sugess S.r.l. in 2011. The sculpture was made from agglomerate marble and hand finished by local artisan. Available in 5 different sizes