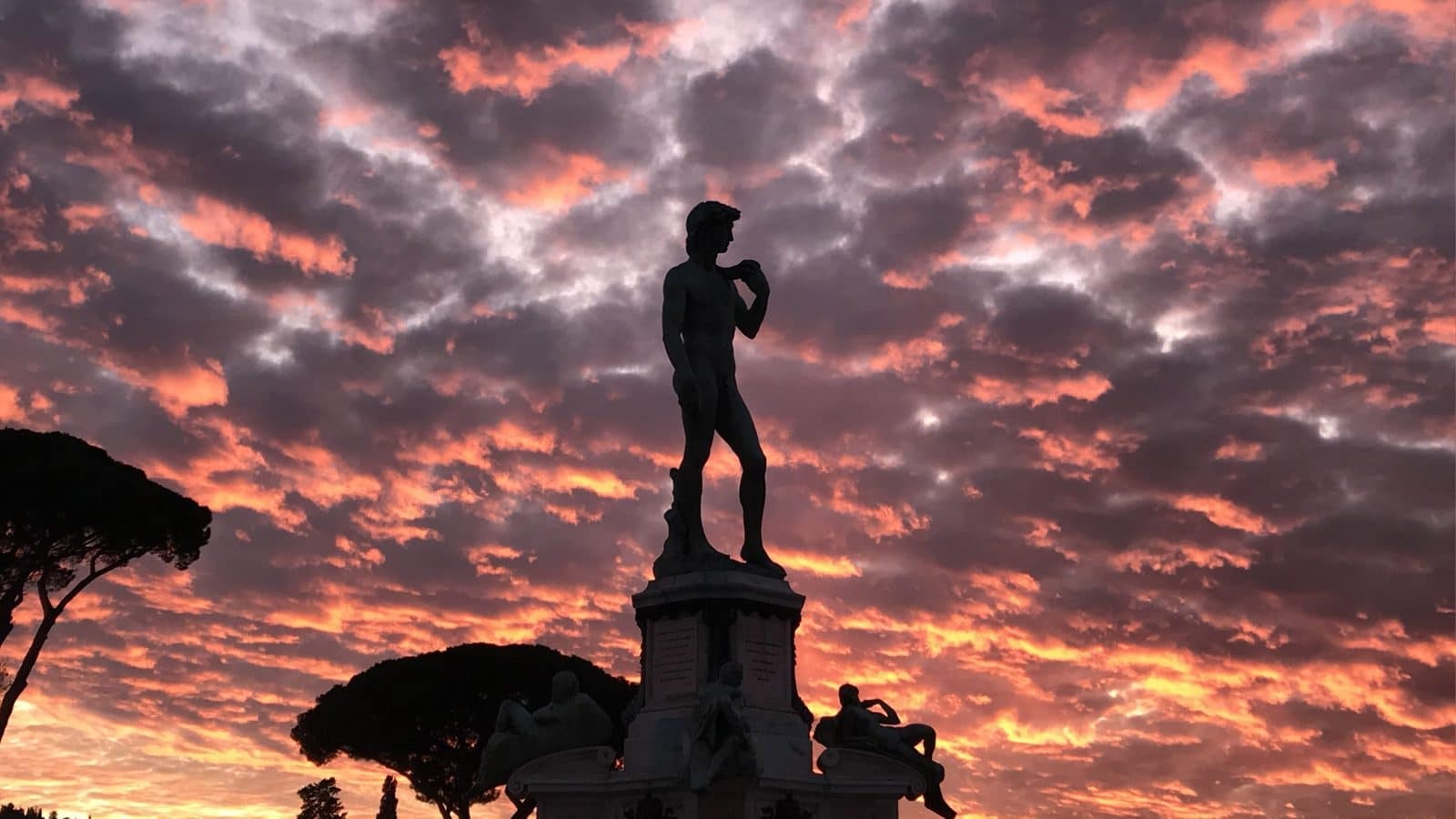 It was built from 1869 to a design by the architect Giuseppe Poggi on a hill just south of the historic center, to complete the redevelopment of the left bank of the Arno. In fact, from that year on, Florence was the capital of Italy and the whole city was engaged in an urban renewal, the so-called Risanamento, or the bourgeois rebirth of the city: the Lungarni were created; on the right bank, in the place of the fourteenth-century walls, the bypass avenues were opened in the manner of the boulevards; on the left bank the Viale dei Colli was traced, winding up the hill of San Miniato, an 8 kilometer long tree-lined panoramic road, at the top of which the square was created, as a privileged panoramic terrace over the city.

The square, dedicated to the great Renaissance artist Michelangelo, presents copies of some of his famous works preserved in Florence: the David and the four allegories of the Medici Chapels of San Lorenzo. These copies are made in bronze, while the originals are all in white marble.